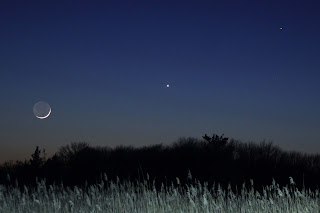 An Osprey and an immature Bald Eagle had a dog fight over the house the other day!
The Osprey seemed to have a score to settle with the Eagle! 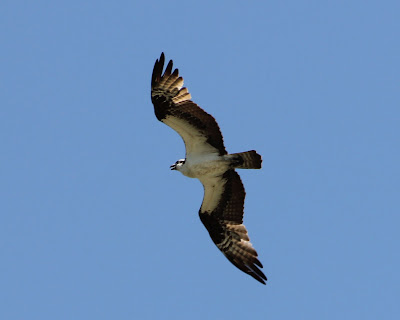 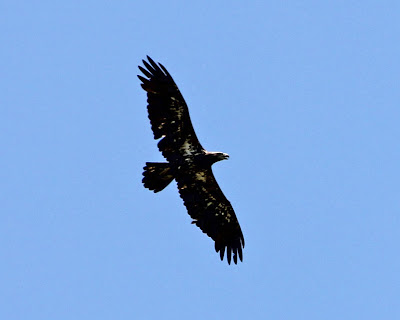 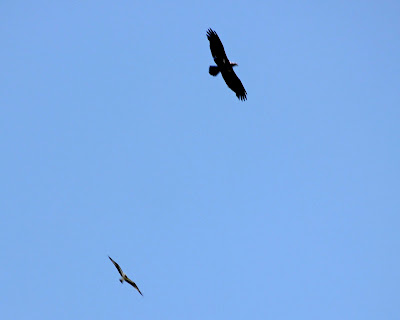 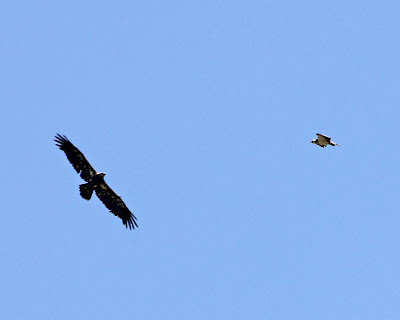 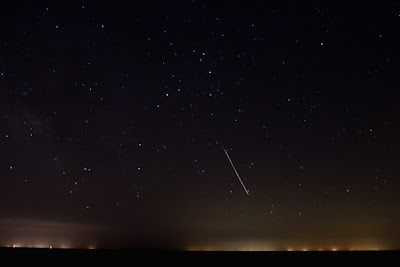 On March 27, 2012, beginning at 4:58 AM, NASA launched the Anomalous Transport Rocket Experiment from Wallops Island Flight Facility on Virginia's Atlantic coast. Five rockets were launched in just over 5 minutes. Two Terrier Malemutes, two Terrier Orions, & one Terrier Oriole, were used to gather information needed to better understand the process responsible for high-altitude jet stream winds.
This jet stream, at 60 to 65miles above the earth's surface, is much higher than the one commonly reported in weather forecasts. The winds found in this upper jet stream typically have speeds of 200 to well over 300 miles per hour. Each rocket released a stream of tri-methel aluminum to create luminescent vapor trails.
NASA took photos from Tuckahoe, NJ, Wallops Island, Va, & the outer banks of North Carolina. I took my photos from the Delaware Bay in Maurice River Township, NJ. 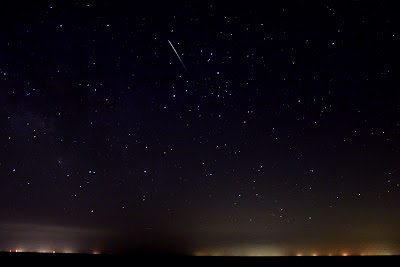 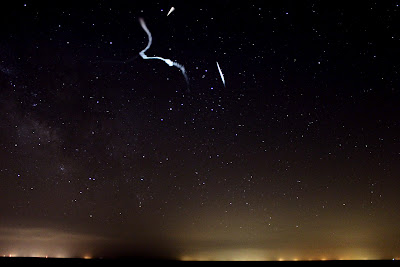 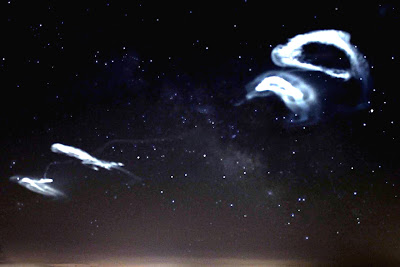 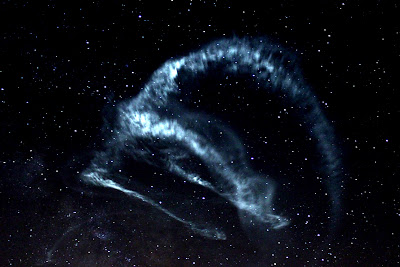 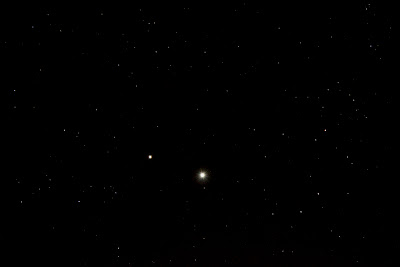 Jupiter & Venus in Aries the Ram on March 11th 2012, one day before closest encounter in western evening sky. Center left to right, the planets Jupiter & Venus are seen below, & the stars Alpha, Beta, & Gamma Arietis as seen over the Manumuskin River. 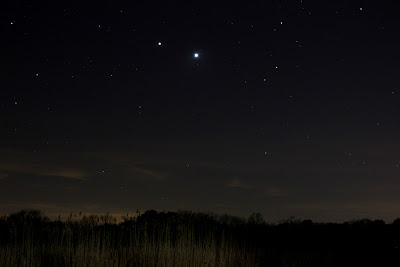 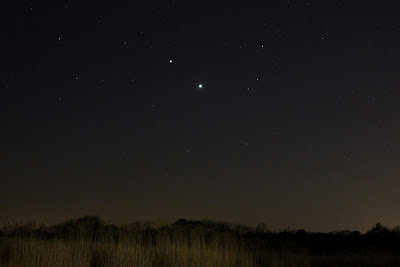 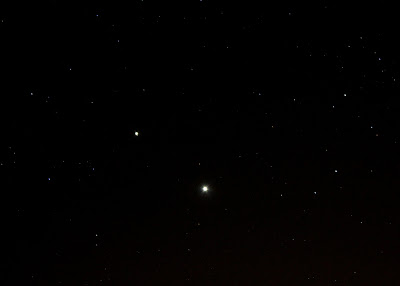 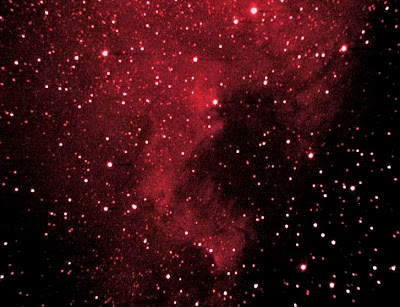 The North America Nebula is a large cloud of glowing gas roughly in the shape of North America found in the northern Milky Way in the constellation Cygnus the Swan. 80mm F/5 telescope, 0.5 focal reducer, 20 forty second exposure with Star Shoot camera, June 14, 2009
Posted by Ray at 10:31 AM No comments: 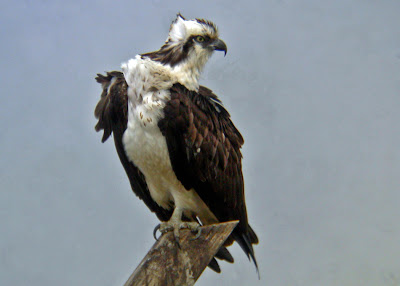 Photo taken April 19, 2011 during a trip with my brother Dave to the Edwin B. Forsythe National Wildlife Refuge in Oceanville, New Jersey. I used Nikon Coolpix 4500 camera & 102mm Maksutov telescope Lois found at goodwill.com website.
Posted by Ray at 4:28 AM No comments: